Unbound Productions Executive Director Jonathan Josephson and Artistic Director Paul Millet have announced the details for Wicked Lit: The Chimes and The Corpse, the company’s 10th annual immersive theatre event that will for the 9th consecutive year take place at Mountain View Mausoleum in Altadena, California.

The cast for Wicked Lit: The Chimes and The Corpse includes four returning Unbound actors and eight new faces:

There are several exciting new changes for this year’s show, including:

“Can it truly be Halloween in Pasadena without the Wicked Lit ensemble? For its tenth season, Wicked Lit will have a world premiere adaptation of “Teig O’Kane and the Corpse” by Kerry Kazmierowicztrimm. “The Chimes: A Goblin Story” also returns to the bill (featured in the first two Wicked Lit productions) but with a new production.”
– Pasadena Weekly (Fall Arts Preview)

“Beautiful settings and seasonal theatrical productions are as entwined as ivy and wrought iron, at least in the minds of the many fans who wait for a particular event to return to a particular place. And if you love your autumnal dramatics, the sort of presented-live theatrics that call upon the deeper and more chilling themes of the fall, then you know Wicked Lit, the annual offering from Unbound Productions.”
– NBC-4 – Locals

“For a novel Halloween experience, check out the new production by Wicked Lit, The Chimes & The Corpse.”
– Haunted Attractions Network

Take a peek inside Thoth’s Labyrinth, the mausoleum play for Wicked Lit 2017, through the lens of master photographer Daniel Kitayama! The play is loosely inspired by the Egyptian legend “The Book of Thoth” as adapted by Unbound Executive Director Jonathan Josephson, directed by Darin Anthony.

Enjoy some photos from Mystery Lit 2017: Holmes Sherlock and The Consulting Detective! We open in ONE MONTH – some performances are already filling up.

Join us for a delicious evening of desserts, librations and wicked entertainment including:

And much more to be announced!
Admission Is Limited to 200

GET TICKETS
MEMBERS GET $5 OFF
Check Your Email for a Special Code!

These fabulous photos were taken by Daniel Kitayama. The play was adapted by John Lesie and is directed by Jeff G. Rack. 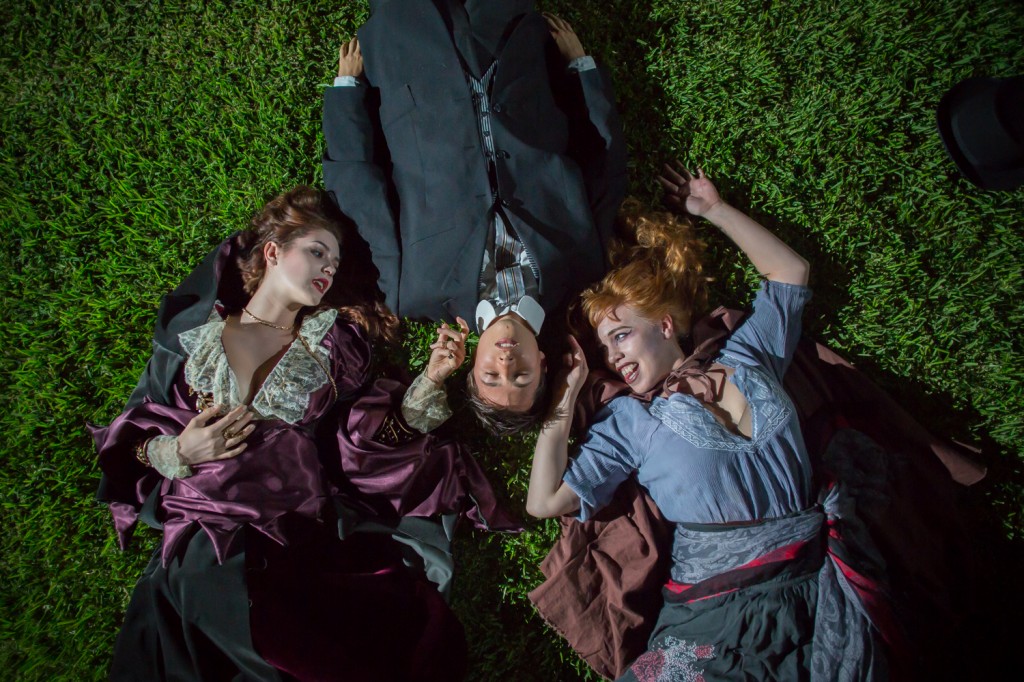 Thank you to the hundreds of fans who came to see Wicked Lit at ScareLA last weekend! We had a blast meeting you all at our booth, participating in the first ever “Theatre of Halloween” panel, and exploring all of the awesome events that will be coming to LA this October.

Visit www.ScareLA.com for more info about events and spooky happenings later in the year!

We were thrilled to participate in this fabulous panel on Sunday night:

Make your reservations now – we will sell out!

MEMBERS GET $5 OFF Check Your Email for a Special Code!

Make your reservations now – we will sell out!
For more details, visit the A Night at the Mausoleum II page.

Join us for a series of fantastic theatre events, all inspired by classic literature! Members can attend all of these events for free by making monthly, tax-deductible donations to our company. Click here or contact Jonathan at jonathan @ wickedlit dot org for details.

Wicked Lit Installation The Monkey’s Paw
Summer, 2014
In the spirit of The Tell-Tale Heart at ScareLA and A Ghost Story at the Millennium Biltmore Hotel: LA Location: TBD

Members make monthly contributions to our non-profit theatre company that will allow us to grow our artistic programming as well as our education and outreach programs. Members receive many special benefits including the ability to see our shows, again and again, subject to availability.

We have two weekends left of Wicked Lit 2013! We have completely sold out of advance tickets, but you can sign up for standby here. Take a look at what the critics have thought of the show: 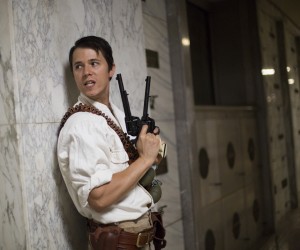 “Wicked Lit’s Best Halloween Theatre Festival Ever! …you must – absolutely must – head over to the Mountain View Mausoleum in Altadena for the 2013 Wicked Lit! We cannot recommend it highly enough.” – Hollywood Gothique, October 6, 2013

“Act fast for standby tickets to Wicked Lit…very clever and using its terrain so delicately and observantly that at times you feel as if lost in some sort of psychic realm where time flies by effortlessly.” – LA Beat, October 17, 2013

“Nothing could be more perfect for Halloween” – Pasadena Now, October 6, 2013