World Premiere Production
Holmes, Sherlock and The Consulting Detective
a mash-up of Sir Arthur Conan Doyle’s “A Scandal in Bohemia,” “The Red-Headed League,” and “The Adventure of the Copper Beeches”
by Jonathan Josephson
directed by Paul Millet 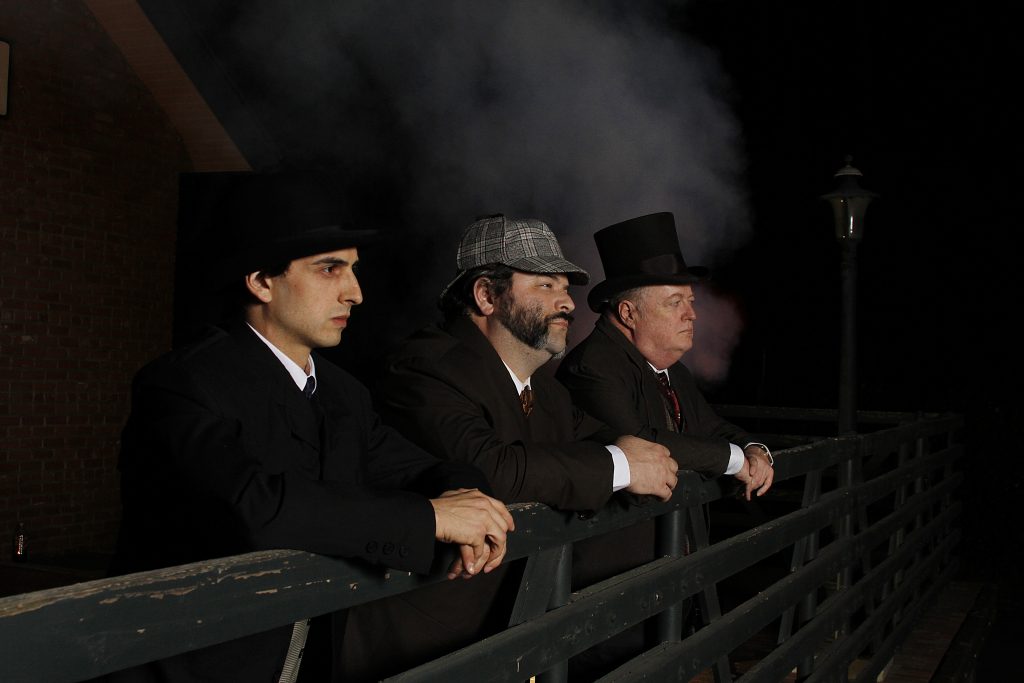 The games are afoot! Audiences will physically follow 25 characters through a literary labyrinth of mysterious clues and misdirection in a story that features Sherlockian mainstays, new characters, and a host of theatrical surprises! Inspired by three classic stories by Sir Arthur Conan Doyle, Holmes, Sherlock and The Consulting Detective will delight newbies to the mystery genre as well as Sherlock Holmes super-fans.

This is a moving show! Be prepared to stand and move around a lot throughout the evening.

Santa Anita Train Depot
Los Angeles County Arboretum and Botanic Garden
159 S. Baldwin Ave.
Arcadia, CA 91007
(Do not go to the main entrance of the Arboretum! Instead, travel to the first light south of the main Arboretum entrance, and turn westward into the parking lot)

“The team behind Unbound Productions has been scaring the daylights out of area Halloween fans for the past seven years with their Wicked Lit productions of interactive horror plays performed at Mountain View Cemetery and Mausoleum in Altadena. Now, they’re seeking to add some intrigue to the mix this weekend by performing a Sherlock Holmes play based on three short stories by Sir Arthur Conan Doyle at the Santa Anita Depot at the LA County Arboretum and Botanic Garden.”
– Pasadena Weekly 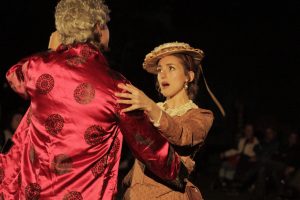 About the Santa Anita Train Depot
In 1970, an abandoned train station was moved from its original location a quarter mile north of the Arboretum and restored to look as it was first constructed by the Atchison, Topeka and Santa Fe Railroad in 1890. A typical half-passenger, half- freight depot with living quarters upstairs for the agent and family, the Santa Anita Depot was an active local station stop for both Baldwin Ranch and nearby Sierra Madre residents. The Depot could not be moved intact, but all 100,000 of the original bricks were removed from the station as well as salvageable doors, trim, beams and even the picturesque Depot balcony.  Guided tours of the Santa Anita Depot are available on Tuesdays and Wednesdays, 10 a.m. – 4 p.m., and every Sunday 1-4 p.m. (except for Christmas Day) as volunteer time permits. Follow either the dirt path down to the Depot or the winding, paved walkway opposite the Hugo Reid Adobe.

“Could well be the best theatre you’ll see this summer… Perfect for an evening
of mystery and mayhem!”
– BroadwayWorld