“Go see ‪History Lit‬ as soon as you can!”
“As a theatre booster of long-standing, we are lucky to have [Unbound Productions] in Pasadena.
– Pasadena Weekly

HISTORY LIT 2016 –
A FESTIVAL OF TIMELESS STORIES:
Two Pictures in One
The Garden Party
The Girl Who Owned a Bear
Pasadena Museum of History
470 W. Walnut St.
Pasadena, CA 91103

Join us for three immersive plays throughout the Fenyes Mansion gardens, Curtin House and gallery exhibit at the Pasadena Museum of History! In the style of Wicked Lit, History Lit: A Festival of Timeless Stories brings works of literature to dramatic and hilarious new lives! 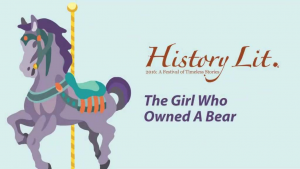 The Girl Who Owned a Bear
By Jonathan Josephson
Directed by Paul Millet
Adapted from the short story of the same name by L. Frank Baum
** Staged inside the exhibit at Pasadena Flying Horses & Mythical Beasts: The Magical World of Carousel Animals**

What happens when a haplessly malevolent storybook author attempts to take his revenge for repeated rejection on a publisher’s insufferable young daughter? We’re not exactly sure, but we do know this – don’t mess with the bear. Wizard Of Oz-creator L. Frank Baum’s tale is part-farce and part-fairy tale – see it come alive inside a world renown collection of carousel animals!. 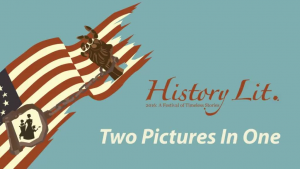 Two Pictures in One
By Paul Millet
Directed by Darin Anthony
Adapted from the short story “The Two Altars: Or Two Pictures in One” by Harriet Beecher Stowe
** An all new staging inside the gorgeous and intimate Curtin House**

A simultaneous chronicle of the lives and fates of two Massachusetts families: the Wards, an 18th Century Anglo family living during the early days of the American Revolution and the Caffeys, a 19th Century African-American family living ten years prior to the Civil War. By juxtaposing these two points in time, Two Pictures in One examines ideas of freedom and personal consequences. 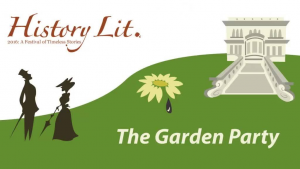 It is an ideal night for a party at the Sheridan estate and young Laura has had the time of her life playing hostess to a throng of party guests. But when an unexpected accident befalls a stranger who lives down the road, Laura’s congenial life may be changed forever.
** An all new staging throughout the luxurious gardens of the Fenyes Mansion**

The focus of HISTORY LIT is to bring a new life to great literature that reflects history in creative ways. In 2011, the inaugural HISTORY LIT reading series was produced in conjunction with Pasadena Museum of History and features works by great women writers of the 19th and 20th Centuries. Performances took place at the Museum as well as private readings at Los Angeles-area schools. In 2012, these plays were presented in a full production on the grounds of the Museum and the Fenyes Mansion. The flash poetry performance Charles Bukowski: Back at Barney’s, in conjunction with the City of West Hollywood, Barney’s Beanery, and PST… It All Started Here, made a splash in February 2012 as HISTORY LIT’s spontaneous debut.

“Shakespeare never did this!”
– GrubStreetLA.com

“Audience members can follow actors throughout the Fenyes Estate and enjoy new adaptations of short stories that reflect history in creative ways.”
– BroadwayWorld.com