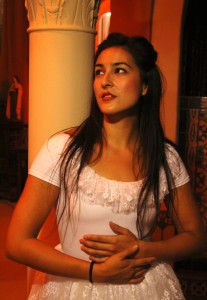 Freely adapted from the legend “La Llorona” and historical events. The Mexican legend “La Llorona” tells the story of a scorned woman who drowns her children and then haunts the earth searching for their souls. The play “Las Lloronas” examines this myth as it has evolved through the ages – from the days of La Malinche and the conquest of Mexico through present day events. El Diablo guides us through five unique stories – some literal, some theatrical, some abstract – that reflect the horror and regret embodied by this timeless tale. 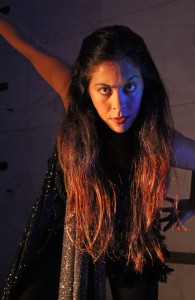 If you are interested in getting more information about how to license this play, please contact Steele Spring Stage Rights.

Note: When specified, as each of the monologues are performed, the non-speaking characters step into the scene and enact the story with incidental dialogue, movement, pantomime, and dance. 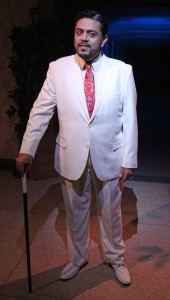 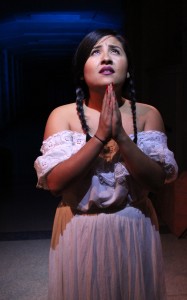 Leigh Wilson: 20s, mother of two living in 1990s New Mexico. Inspired by Susan Smith who was found guilty of murder in the drowning deaths of her two sons by strapping them in their car seats and rolling the car into a lake. – Young Maria
– Council of Aztecs
– Queen of Spain
– Soldier 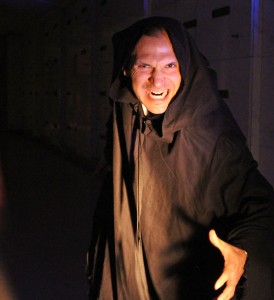 The Men: ensemble characters who plays many parts throughout the play of varying ages and time periods.
– Maria’s Father
– Young Lord
– Council of Aztecs
– King of Spain
– Soldier
– Maria’s Love
– Soldier – Mayan Slave Trader – Hernán Cortés
– Emperor Frederick III
– Pia’s Husband
The structure and feel of the play should be fluid and lyrical, not choppy and sectionized.